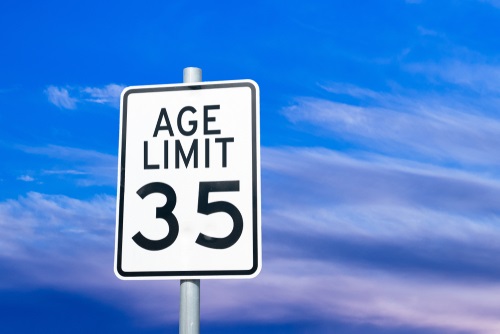 Home / News and Insight / Legal News / Age discrimination and the entertainment industry – inherently linked but can it ever be justified?

Age discrimination and the entertainment industry – inherently linked but can it ever be justified?

Age discrimination and the entertainment industry – inherently linked but can it ever be justified?

'Ageism alive and well in UK broadcasting'. This was Sky Sports presenter Jeff Sterling's tweet in response to ITV's decision to remove Clive Tyldesley from his lead role with ITV. His replacement, Sam Matterface, is 23 years his junior. Jeff's observation may not be too wide of the mark when considering the recent past. Eamon Holmes, host for TalkRADIO, was replaced Dan Wootton. There is an age difference of 23 years between them. Both David Gower and Ian Botham were removed from their roles role with Sky Sports. The Andrew Neil's show has been axed, with the BBC reportedly looking to address their current diversity issues by bringing in younger talent.

No performance or conduct issues have been reported and therefore, has left many confused. Confusion readily turns into concern. Is Jeff right? It seems easy to spot age discrimination, but why does it so often seem to go unchallenged?

An employer should not discriminate against an individual because of their age, unless it can provide an objective justification.

To treat an employee less favourably because of their age is usually unlawful. It seems that Mr Tyldesley was replaced because he was too old to continue to have the same appeal as a younger, more current presenter. There is no evidence that ITV was unhappy with his performance, evidenced by him continuing to be employed in other roles. Therefore, it can be justifiably be inferred that the reason for his less favourable treatment, when compared to Mr Matterface, is his age.

However, direct age discrimination will be justified, if an employer can show that their action was a proportionate means of achieving a legitimate aim.

ITV may argue that they wanted to refresh and diversify their team and appeal to a varied audience of different age groups. Whilst these would usually discriminate against older employees, it might be allowed in law and the reason for the change could be legitimate and the action proportionate.

Faced with a claim of direct discrimination, an employer could try to justify such a policy.

Discrimination? Yes, but justifiable and lawful

An employee only has to establish this from the facts; a Tribunal could find there was discrimination. The employer then has to show that discrimination did not occur. Employers have flexibility when trying to justify their actions but they must make sure that any such action is properly thought through and legal advice is taken at the earliest possible stage.

Whilst there may be some truth in Mr Stelling's comment, caution needs to be applied because of the unique defence open to employers. Of course, facts decide cases and the phrase 'I don't know Jeff', aptly defines whether his opinion is technically speaking, legally correct.

If you are concerned that you are being discriminated against because of your age, or want to ensure that you do not discriminate against your employees because of their age, then please contact Wards Solicitors' specialist employment lawyer, Matthew Warren: Matthew.Warren@wards.uk.com or telephone 0117 929 2811, who can provide advice and assistance to navigate such situations.