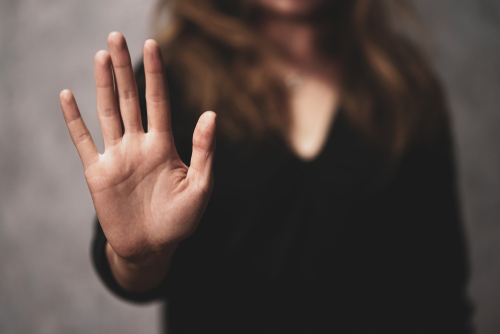 Prime Minister Boris Johnson has promised to look at a loophole in the law which allows convicted domestic abusers to inherit from their victims.

It follows a meeting with Tom Guha whose mother Roma, a former GP, took her own life after suffering domestic violence.

Shockingly, Roma's second husband is now set to inherit her entire estate worth close to £1 million despite being convicted of attacking her.

The coroner at her inquest also directly linked her suicide to the abuse, concluding that she "took her own life whilst suffering anxiety precipitated by a domestic violence incident".

As a result, her two sons stand to inherit nothing despite the fact their mother re-wrote her Will leaving them her entire estate. Unfortunately, this Will was declared invalid because it was witnessed by only one person.

What does the law say on abusive partners inheriting from their victims?

A person guilty of manslaughter or murder is already prevented from inheriting their victim's estate by what's known as the 'forfeiture rule'.

However, when it comes to domestic violence, current law relies on the victim of abuse themselves taking steps to disinherit their violent partner. This, say critics, doesn't recognise the severe mental health impact on abuse victims.

MP Florence Eshalomi, who first raised the issue in Parliament in December 2021, says she has since been contacted by several other people similarly affected.

Tom Guha, who is also one of her constituents, said: "If you are violent to your partner you have broken the terms of your marriage. As a result, all legal benefits of marriage should be automatically revoked and that includes the right to inherit."

What happened in this case?

Tom's mother Roma married her second husband in July 2012. In August 2019, when they were on holiday in France, he punched her in the face and pressed his thumbs into her cheekbones.

She left him after the assault, taking out a non-molestation and occupation order banning all contact.

Following this, she had a relapse into the severe depression she had suffered in the past as well as panic attacks and killed herself aged 56.

How has this affected her two sons financially?

Tom, aged 29, and his brother are set to inherit nothing despite the fact their mother, who changed her Will, clearly wanted them to have everything.

He said: "You would think that if one court finds you guilty of domestic violence and another court links your violence to a death, there might be some consequences. Not for my stepdad - he is set to inherit close to £1 million.

"Putting aside the fact that he contributed nothing to their marriage - my mum owned her house outright before meeting him and earned her pensions and savings through years in the NHS - how can it be right that her abuser benefits financially at all?

"I can't put into words how angry I am. Not only has he taken my mum from my brother and me but he has insulted her memory by trampling all over her very clearly documented wishes."

While we await, hopefully, a change in the law to stop abusive partners from inheriting from their victims, it may be possible, in certain circumstances, to contest the Will.

However, each case needs to be looked at on an individual basis which is where the help of a specialist lawyer is vital.

Our lawyers are members of the Association of Contentious Trusts and Probate Specialists (ACTAPS), the Society of Trust and Estate Practitioners (STEP), Solicitors for the Elderly (SFE) and the Law Society's Probate Panel. All demand expertise and up-to-date knowledge from their members.

The team is praised by the Legal 500 Guide for 2022 for its broad contentious trust and probate practice with a particular emphasis on Inheritance Act and Court of Protection matters.

Head of the team, Elizabeth Fry is highlighted as a key lawyer specialising in high value and multi-jurisdictional matters.