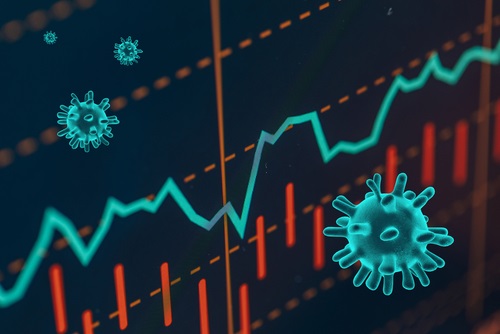 Home / News and Insight / Legal News / Has your business suffered financial loss as a result of Covid-19?

Has your business suffered financial loss as a result of Covid-19?

Has your business suffered financial loss as a result of Covid-19?

As the impact of Covid-19 continues to spread, we are seeing some businesses incur significant financial losses. Furthermore, as the spread of the virus continues we observe that insurers do not always provide the relevant compensation on the basis of business interruption (BI) cover that includes viral infections.

Of the 6,171 businesses that responded to the Business Impact of Coronavirus (Covid-19) Survey by the Office for National Statistics, nearly a quarter (24 per cent) stated that they had to temporarily close for the period 23 March 2020 to 5 April 2020. Some of the businesses reported that they had to permanently cease trading.

The majority of businesses continuing to operate have reported that their financial performance was significantly impaired as result of the pandemic.

But what can be done for those who keep paying for BI, whose insurers have refused to pay for their losses?

Dependent on the wording of BI, those who have been rejected by their insurers might have the opportunity to reclaim their loss of profits either through Alternative Dispute Resolution (ADR) or litigation.

The recent Canadian case of MDS Inc v Factory Mutual, where the leak of the reactor containing radioactive Tritium resulted in the reactor being shut down for 15 months leading to the substantial loss of profits to MDS, demonstrates the following:

Even though the above case should be used as a persuasive authority only, depending on the interpretation of BI, there might be various options available for your business to claim the loss of profits from your insurer.

Avenues for disputing an insurer's rejection of your Business Interruption claim might include litigation, mediation or negotiation.

Litigation is only advisable in the strongest of cases and is often slow, usually costly and will be taking place in a court system which is predicted to be struggling with the anticipated volume of work. Courts will be playing "catch up" after delaying many hearings due to lockdown.

Mediation (a process whereby an independent neutral third party facilitates settlement discussions) is proceeding at the moment using Skype or Zoom, with an overwhelming majority of mediators becoming well used to dealing with disputes during the lockdown. It offers considerable costs savings in terms of travel and time when compared with the traditional high-intensity face to face model.

More businesses than you might think are eligible to access the free-of-charge Financial Ombudsman Service to resolve disputes about insurance claims. Whilst this is a well-known avenue for private individuals to resolve complaints, certain smaller businesses can access the FOS service too.

The FOS is able to resolve complaints for micro-enterprises or small businesses, defined as follows:

The FOS offers an avenue once the insurer's own complaints procedure is either completed, or more than eight weeks have passed since the date of the complaint without it being resolved. This service is, however, extremely busy as well, so it can be months or even years before a resolution is achieved.

On balance therefore, if you have a strong claim to challenge an insurer's rejection of your business interruption claim, getting it into mediation is likely to be the quickest way of resolving the dispute and getting paid.

For further advice on Business Interruption claims and related issues, please get in touch with Commercial Disputes Partner James Taylor at james.taylor@wards.uk.com or Solicitor Richard Darbinian at richard.darbinian@wards.uk.com.