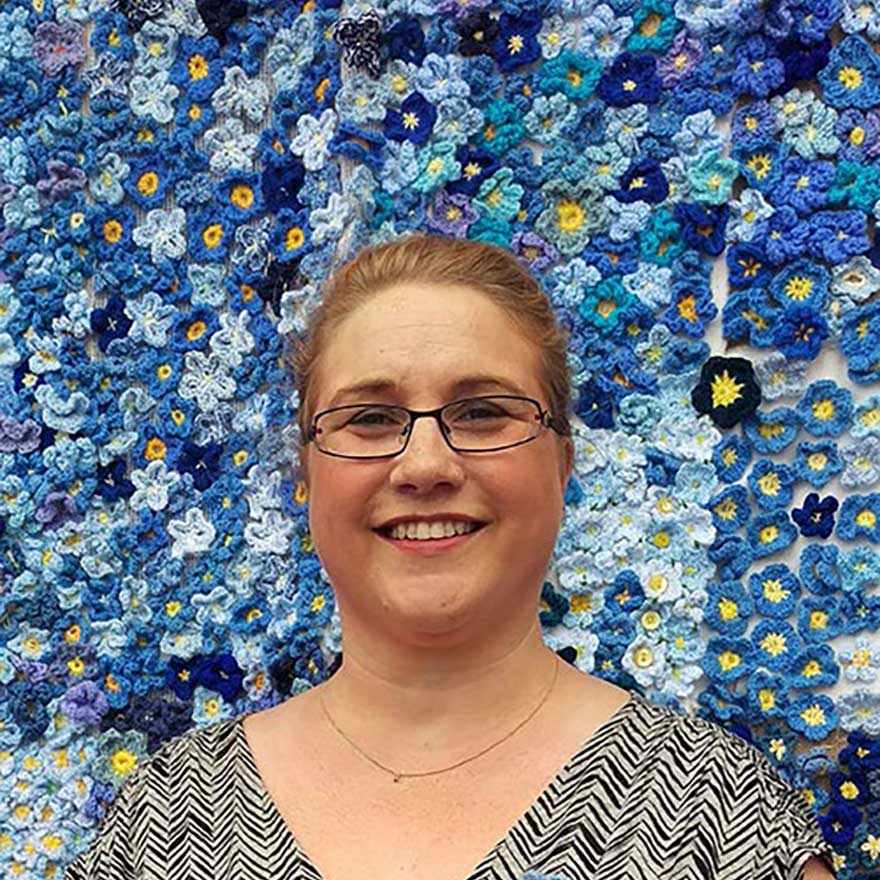 A campaign to raise awareness of dementia in Weston-super-Mare by asking the public to knit and crochet 1,000 forget-me-not flowers to display on the town's Grand Pier exceeded its target many times over.

In the end, an incredible 20,151 handmade flowers were created by volunteers all around the world, with some handed in at Wards Solicitors' Worle office where solicitor Susan Fairless has been actively involved in the campaign.

The forget-me-not flower has been chosen as a symbol by the Alzheimer's Society to embody a drive to change the way the UK thinks, talks and acts in relation to dementia and is particularly associated with the launch of the Dementia Friends initiative to recruit an army of people who know more about the illness and ways to help.

Susan, who also volunteers as a member of the Weston and Worle Dementia Action Alliance, went along with fellow Wards Solicitors' lawyers Rebecca Parkman and Julie Burbridge to visit the impressive display of flowers on the Grand Pier.

Susan added: "As a member of Weston and Worle Dementia Action Alliance, I was approached in February and asked to help the Alzheimer's Society to gather 1,000 hand knitted and crocheted forget-me-knots for display.

"I helped with their publicity and one lady who lives in Weston-super-Mare was contacted and told about the campaign by someone in Hong Kong who had seen my posts on Facebook!"