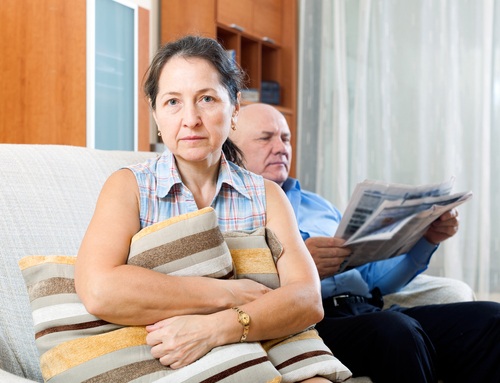 Home / News and Insight / Wards News / Are you a silver splitter? Make sure you get the later life divorce settlement you want.

Are you a silver splitter? Make sure you get the later life divorce settlement you want.

Are you a silver splitter? Make sure you get the later life divorce settlement you want.

Bill and Melinda Gates decided to divorce after 27 years of marriage, actor Colin Firth and Livia Giuggilo lasted 22 years while entrepreneur Jeff Bezos and MacKenzie Scott called it a day at 25 years.

Dubbed 'silver splitters', they are part of a new demographic - couples in their 50s and 60s deciding to leave their marriage late in the day and at a point when they might normally be expected to be contemplating a settled old age together.

Whilst overall divorce rates are on the decline in England and Wales, older people are bucking the trend.

Why are more older couples divorcing?

Nagging doubts about spending the rest of your life with someone you're no longer sure about - for many, intensified by recent national lockdowns - is definitely a factor.

Add to that offspring leaving home or going to university and the effect can be dramatic, either because envisaging that empty nest with just your spouse for company is unbearable or because you feel you're no longer obligated to stay together for the children.

How do I make sure my later life divorce provides what I want?

As most silver splitters are either retired or contemplating retirement, it is especially important to consider the assets that have been accumulated during a long marriage including property, pensions and investments. Pensions can have significant value, sometimes more than the property or other assets.

Often, in relation to the assets, there are concerns that these are either held in the sole name of one party or that one party contributed more financially and the other had sacrificed income when raising a family.

This shouldn't be considered a deterrent. After a long marriage, the Court's ultimate aim is to seek a resolution that is fair and reasonable in the circumstances. The starting point is a 50/50 split.

It's vitally important for all later life couples considering divorce to get independent legal advice before entering into an agreement with their spouse in relation to the division of assets.

Wards Solicitors' highly experienced Family Law and Divorce team can help and advise you on how to safeguard your assets and position.

We have 12 offices across Bristol, South Gloucestershire, Bath and North East Somerset.